Sculpture by the sea is back 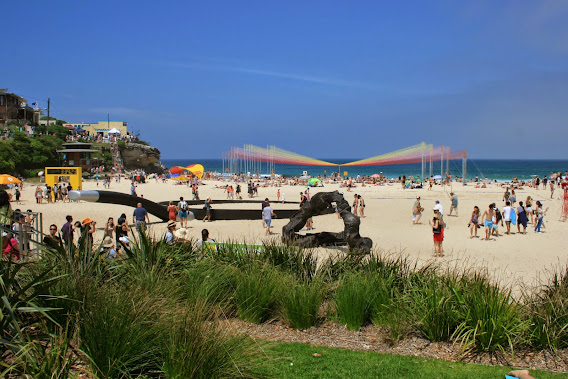 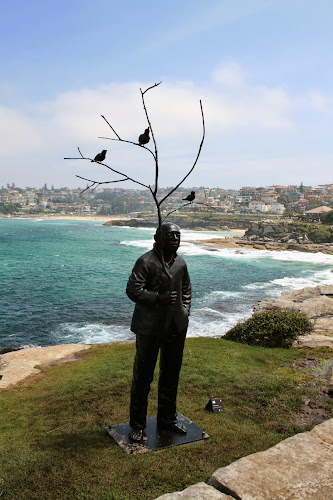 We moved to Sydney just over a year ago and one of the first things we discovered was Sculpture by the sea 2013, an annual free public arts event in which one hundred or so artists create sculptures on the eastern coast from Bondi Beach to Tamarama Beach.

Even without the sculptures, the Coogee to Bondi coastal walk is an impressive piece of coastline and we are lucky to have it on our doorstep. The sculptures really add another dimension, especially the ones that make use of the terrain as part of the art. I’ve not yet seen all of the 2014 offerings, but some of my favourites have this element, including a small army of giant ants and some strange tentacled beasts, draped over the rocks. 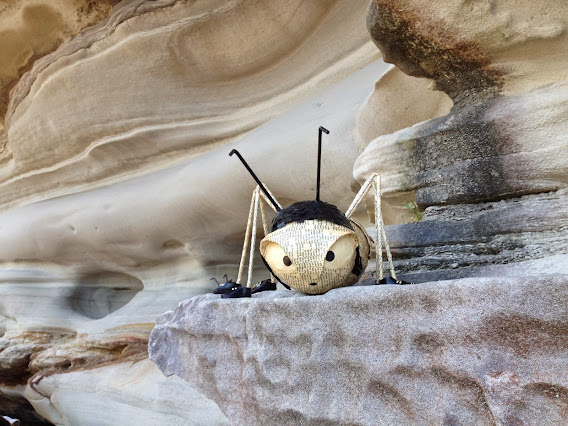 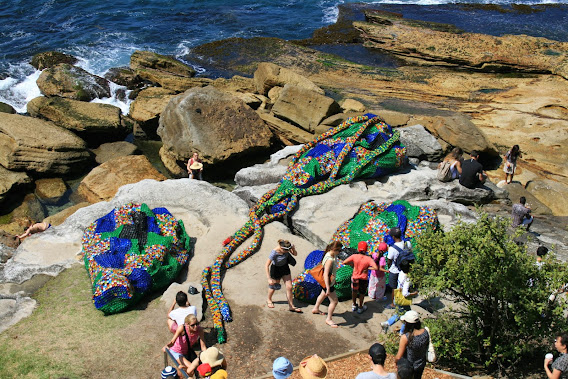 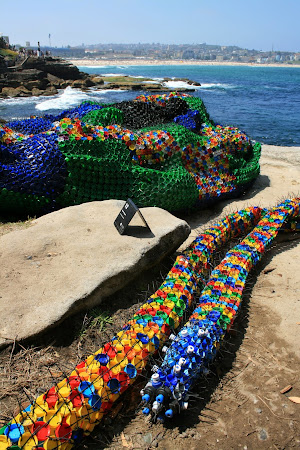 Another thing I really like is the use of materials by some of the sculptures. The giant tentacular monster, for example, is made from thousands of bottle tops (left). There may well have been an environmental statement here too, about the amount of plastic (and plastic bottles specifically) that wash up on beaches. There were also some fantastic wooden birds made from old bits of furniture etc.

Another material that always seems popular is super shiny metal, which reflects the viewer, landscape and/or bits of the art itself in interesting ways. Last year, for example, there were some invisible dogs on the beach. This year, the sculptures included some shiny metal cylinders that mirrored flat discs into surprisingly three dimensional images. 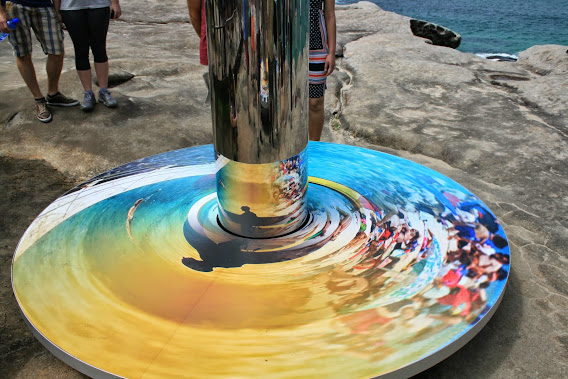 It was a glorious weekend for the most part and so the coastal walk sections were predictably crammed with people. If you have the opportunity (as we did last year) to go off-peak, it is highly recommended. I’m already looking forward to going back and seeing what I missed the first time around. More photos on Google+. Posted by Richard Edwards at 08:52