It's a bit of a busy time of year, so blogging is on the back burner for a bit (and I'm accumulating half-written posts for later!) but this was just so weird and fun that I had to write a quick post. If you haven't heard of a raspberry pi computer before, you can find out all about them here. Basically, they are a very small, very cheap ($25) "credit-card sized computer that plugs into your TV and a keyboard".

According to the FAQ:

It’s a capable little PC which can be used for many of the things that your desktop PC does, like spreadsheets, word-processing and games. It also plays high-definition video. We want to see it being used by kids all over the world to learn programming.

Well, Prof Simon Cox (and colleagues) of the University of Southampton decided to go one better and used a bunch of them to teach his kid how to build a supercomputer! You can read about it on the Computational Modelling Group website. 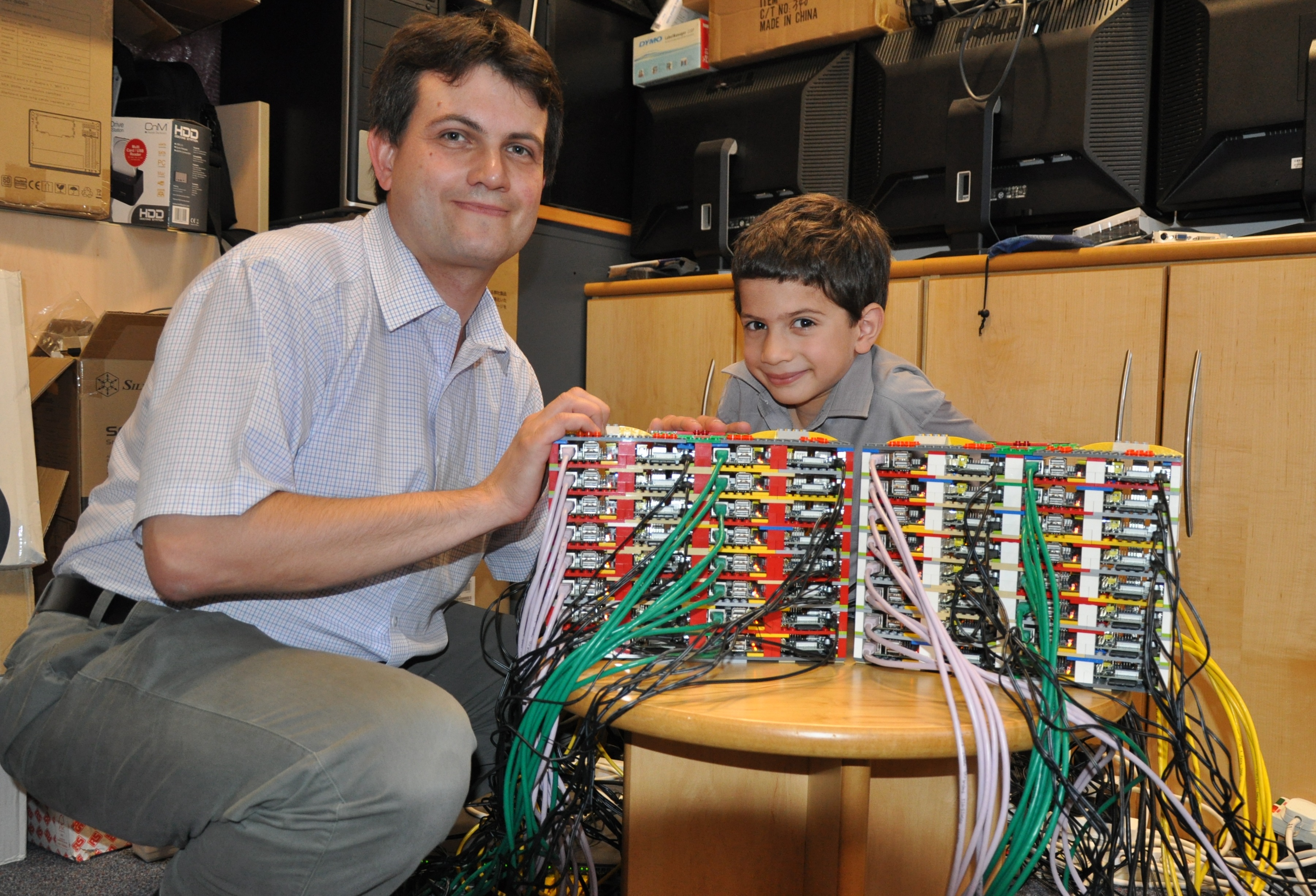 What can it do? Well, according to Prof Cox:

“The first test we ran – well obviously we calculated Pi on the Raspberry Pi using MPI, which is a well-known first test for any new supercomputer.”

I suspect it can do a bit more than that: the 64 processor system has 1Tb of memory! Not bad for £2500 (plus switches and, possibly, lego).
Posted by Richard Edwards at 08:20