The Life Scientific of Richard Dawkins 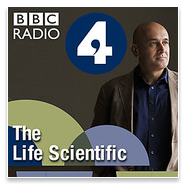 Richard Dawkins is one of my personal heroes. Although I do not always agree with everything he says, I usually agree with most of it and he has been a source of inspiration at many points in my life. Reading his classic book on gene-centric evolution, The Selfish Gene, was like having a light switched on. I was fascinated in evolution and genetics before then - I was in the first year of a degree in Genetics at the time - but suddenly it all just made sense. It's still a book I recommend.

Another one of my favourite books of all time is The God Delusion. It sums up the position of a rational agnostic atheist incredibly well. A lot of people argue against it, and vilify Dawkins because of it, but I have never actually seen a good argument against what he writes. (Usually, people are arguing against something that he didn't write. I sometimes wonder whether any of the anti-Dawkins crowd have actually read anything by him.)

If you are one of those people - or a fan, like me - then I strongly recommend downloading this week's episode of The Life Scientific and listening to his half hour interview with presenter Jim Al-Khalili. I am always impressed about how calm and rational he is, and not at all strident as his detractors proclaim in ignorance. This is a man who clearly loves nature - the magic of reality - and loves science - the "poetry of reality". Another great BBC podcast.
Posted by Richard Edwards at 08:42