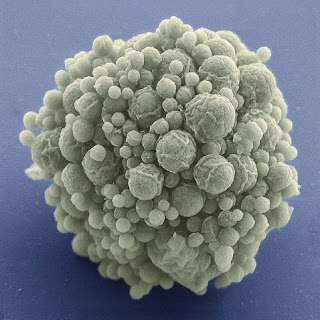 Every now and then, a piece of science is done that is truly ground-breaking and world changing. One such piece is:

Science has a summary here but it’s worth reading the whole paper. Syn 3.0 itself is pretty impressive, but what’s even more impressive is the approach taken to make it. In addition to using current knowledge of fundamental biological machinery, the Venter group used large-scale transposon mutagenesis and selection to identify additional genes that were either essential (i.e. no growth without them) or “quasi-essential”, where removal resulted in a major growth deficit.

They also had to overcome the problem of redundancy: even in a genome as reduced as the Mycoplasma species, there can sometimes be multiple genes that do the same thing. Removing one makes little difference but removing both is lethal - something hard to identify when knocking out single genes at a time. Whatever the Intelligent Design crowd would like to believe, biology is messy.

Of course, Syn 3.0 is just the start, as the goal was making a “minimal cell”:

“A minimal cell is usually defined as a cell in which all genes are essential. This definition is incomplete, because the genetic requirements for survival, and therefore the minimal genome size, depend on the environment in which the cell is grown. The work described here has been conducted in medium that supplies virtually all the small molecules required for life. A minimal genome determined under such permissive conditions should reveal a core set of environment-independent functions that are necessary and sufficient for life. Under less permissive conditions, we expect that additional genes will be required.”

Robust life will therefore need a lot more genes. It will be interesting to see how many are required for autotrophy - life that needs only inorganic chemicals and an energy source.

Even within the “minimal cell” concept, Syn 3.0 represents a somewhat arbitrary end-point. In identifying the “quasi-essential” genes, a judgement had to be made regarding what constitutes an acceptable growth rate*. Whittling down to 473 genes is impressive, but this number could no doubt be even smaller if slower growth rates were accepted. (Modern life is in competition with lots of other highly evolved organisms. Early life would have been able to get by with much lower growth rates, so this is not a “minimal cell” in that context.)

There is also a lot of exciting potential ahead for manually reducing the number of genes by true intelligent design. Fusing interacting gene products together, for example, might eliminate the need for so many genes contributing to core processes. (Looking for apparent protein fusion/fission events in evolution is a reasonably successful method for predicting protein-protein interactions.) With time, we might be able to “wind back the clock” and remove some of the unnecessary complexity that has probably crept into the system due to the underlying evolutionary process.

Like all of the best science, this work opens the door to more questions than it answers! Some exciting times ahead, I think.

[*The important but oft-overlooked concept that any assessment of life is context- and environment-dependent exposes another flaw with Intelligent Design as a testable hypothesis: designed to do what? To assess how well-designed something is, one needs to know its purpose and/or the acceptable design traits. To hide from the fact that Intelligent Design is Creationism, supporters often make the argument that the identity of the designer (Creator) is not important - but without knowledge of the designer, how can one predict the motivation behind the design?]

Posted by Richard Edwards at 14:36