It’s Darwin Day again, and what better way to celebrate than to support the awesome work of LuisPG by voting for his outstanding rendering of “HMS Beagle: A Voyage of Researches”: 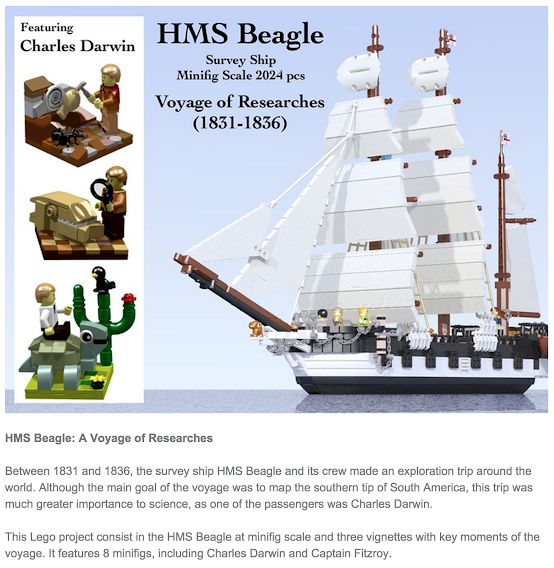 , or anyone following Darwin’s tweets/blog of his travels. (He’s around Cape Horn at the moment.)

The Charles Darwin’s Beagle Diary blog features extracts from the diaries of Darwin, Fitzroy and Syms Covington, as well as artwork from Conrad Martens, so it’s good to see them all feature! 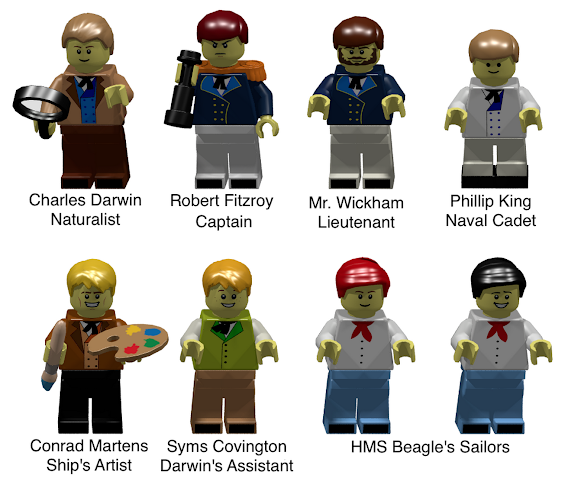 There’s more pictures and info at the “Lego ideas - HMS Beagle” page, and in the designer’s flickr album. So go, register (if you need to) and give the Beagle a vote: it’s what a 206 year old Darwin would have wanted.

Posted by Richard Edwards at 08:10