A month (or so) with iPlan

At the end of November, our iPlan energy kit arrived. With one full month under our belt, I thought it timely to give an update.

Initial experiences were a bit mixed as the website was done for quite a while but, right from the outset, the ability to monitor energy usage was really useful and reminded me to switch off lighs etc. It was also interesting to see how much energy some of our light use. (Not surprisingly (but still disappointing), the worst offenders were the brightest, most useful ones!)

Less useful at this stage is the daily target. This started off at a fairly reasonable 8.0 kWh per day (although I'm not sure how this was determined) but went down dramatically when I switched to our predicted usage from Scottish & Southern Electric (SSE). You can see this on our monthly usage chart for December, below, where the target line drops sharply on the fourth: 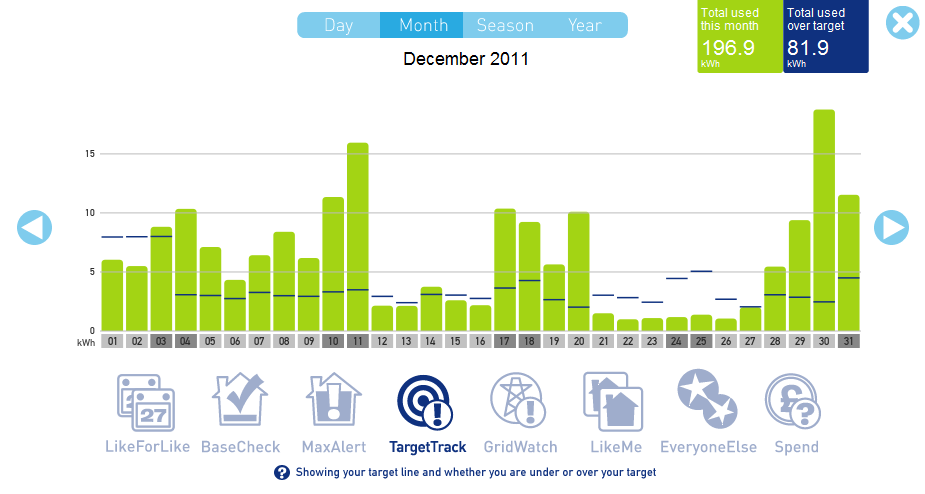 This is clearly nonsense, as the only days that we meet are target are those that either or both of us are away and thus (practically) nothing is being used. (The big spikes caused by extra laundry each side of trips is also clearly visible!) Having contacted SSE, I have learnt that this prediction is based on meter readings and because our reading-before-last was a massive over-estimate, our last period's usage was practically nothing. It should, I am told, sort itself out with our next meter reading later this month. Time will tell. (I still think it is a bit silly that you cannot over-ride their estimate and set your own target; you can set it for a percentage under their prediction but not over.)

Fortunately, even though we can't set a sensible target, we can still feel good about ourselves with some of the other comparisons available, such as the "LikeMe" comparison with "similar homes". It's not clear how a "similar home" is defined but I suspect, given how well we appear to be doing, it does not include a comparison of the number of occupants. (Either that, or the average couple out there are big consumers!) 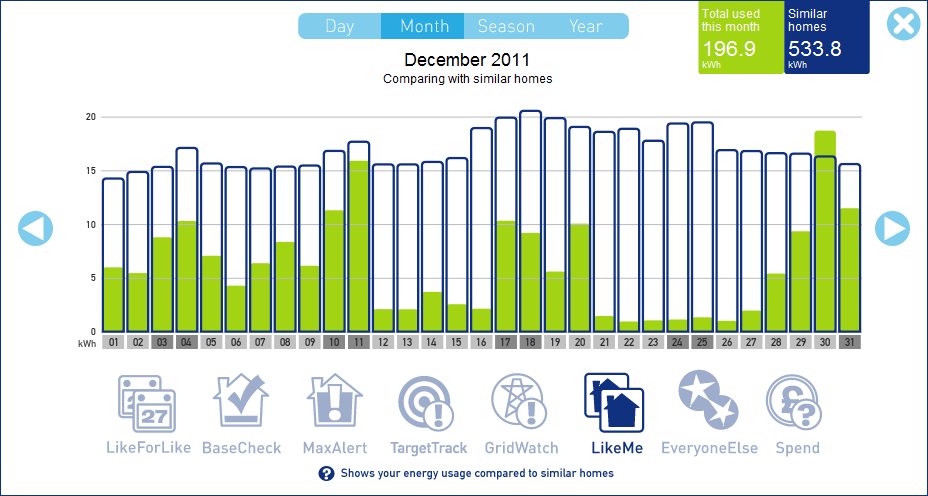 You can also compare your usage with all iPlan users, although I'm not really sure how much this tells you: 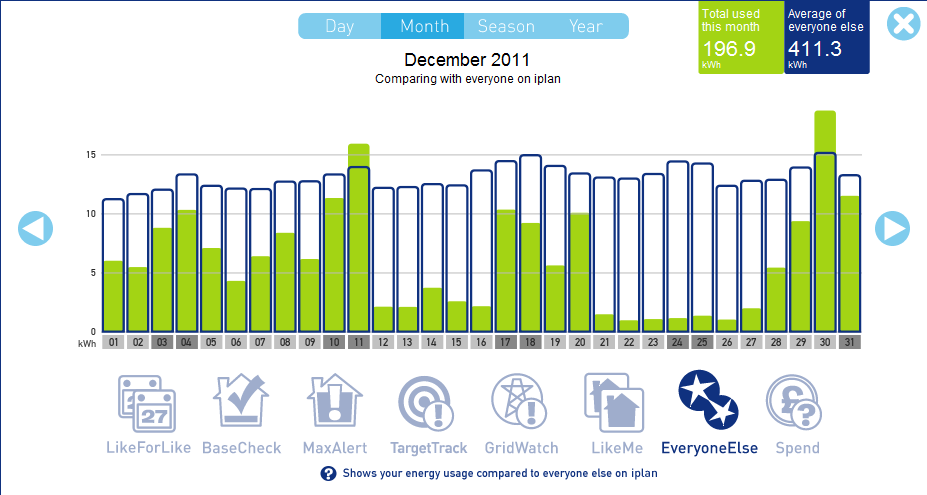